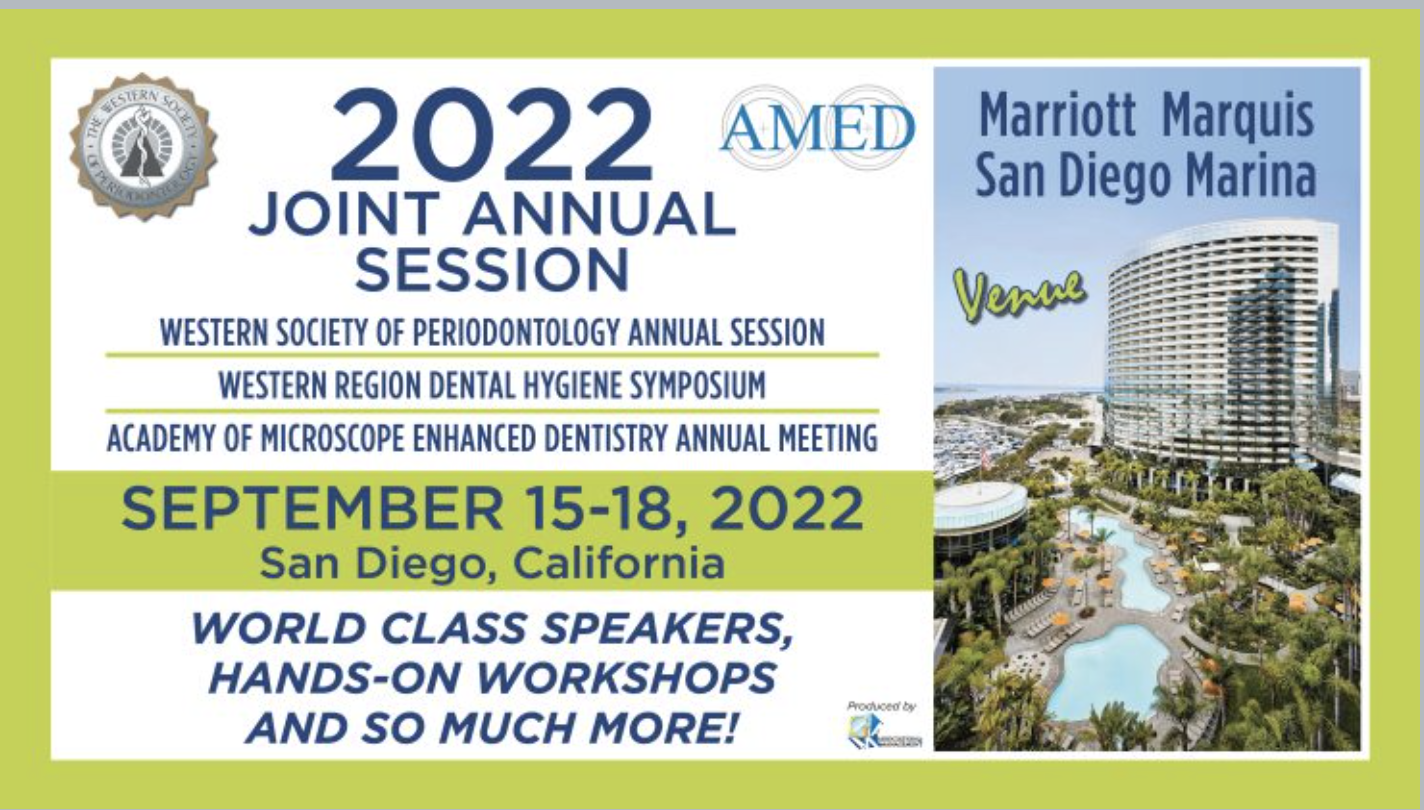 WESTERN SOCIETY OF PERIODONTOLOGY
The Western Society of Periodontology is unique in that its members encompass the spectrum of dental professionals: periodontists, general or other specialty dentists, and hygienists. Its mission is to provide unity of understanding among these groups, so that the issues facing 21st century dentistry can be approached with all the expertise we can muster. Another important distinguishing characteristic is that the WSP is thoroughly non-political. Along with other organizations, WSP is dedicated to education of both members and patients; it differs, however in that its focus includes neither national nor state issues, but rather those encompassing a massive western region. The geographic boundaries include Alaska, Arizona, California, Colorado, Hawaii, Idaho, Montana, Nevada, New Mexico, Oregon, Utah, Washington, the Canadian provinces from British Columbia to and including Manitoba, and Mexico.